Skip to main content
Garden Media Group has consistently shown that they can deliver fantastic results. They get our Davey arborists featured in publications talking about timely and local topics that our target audiences are reading. Garden Media does this because they listen to our goals and understand what matters to us.
Jennifer Lennox
Kent, OH

Since 1880, The Davey Tree Expert Company has provided tree services throughout North America.

Today, trees are often taken for granted as staples in the landscape. But with the threat of invasives and increasingly destructive storms, trees are routinely cut to make way for less risky plants. The benefits of trees are enormous and preservation of old, historical and champion trees must be a priority.

The Davey Tree Expert Company, with U.S. and Canadian operations in more than 47 states and five provinces, provides a variety of tree care, grounds maintenance and consulting services for the residential, utility, commercial, and government markets. Davey has provided Proven Solutions for a Growing World since 1880 and has been employee-owned for 37 years.

Julie Washington from The Plain Dealer and Cleveland.com interviewed Anand Persad, manager of plant sciences research at The Davey Tree Expert Company, about his recent research on emerald ash borer in the area. Persad spent years studying trees in Cleveland, Strongsville and Kent to discover a new method of detecting EAB.

Philadelphia arborist Chris Miller was interviewed by Kim Glovas of KYW newsradio as Hurricane Joaquin made its way up the East Coast. Miller provided tips for radio listeners to prevent damage to their properties during storms. 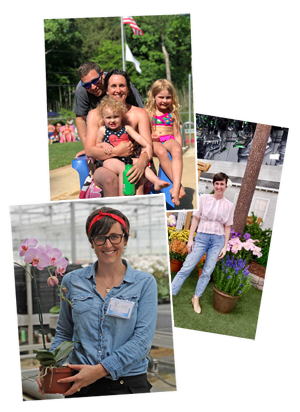 Katie Dubow is the second president of Garden Media Group, a women-owned and run public relations firm specializing in the home and garden industry and celebrating more than 30 years in business. Author of the annual Garden Trends Report, Dubow travels the world scouting and presenting garden trends to audiences from Italy to Chicago.

Dubow is a guest host on QVC for Cottage Farms, judge at the Philadelphia Flower Show, the inaugural recipient of the Emergent Communicator Award from the Association of Garden Writers, vice-chair of the Pennsylvania Landscape and Nursery Association, and an awarded member of the 2018 Forty Under 40 from Greenhouse Product News.

Previously, she worked at CBS Studios in New York City and was a public relations & marketing manager at Monet Jewelry. Katie received a degree in communications from Northeastern University where she was also a Division I rower on the crew team.

Dubow lives and gardens in West Chester, PA with her husband, two daughters, one dog, and six chickens. Find her in the garden with her children, practicing yoga or dancing to Zumba. Her goal is to convince people that brown thumbs can, in fact, be turned green.

10 Reasons to be Thankful for Trees

This Thanksgiving, when counting life's blessings and listing those things to be grateful for, don’t forget to add trees to the list. Trees are welcome sights that provide a magnificent backdrop to everyday life.

It’s easy to forget these silent beauties and the impact they have on our lives. The best way to show gratitude to trees is to give them proper care.

Here are 10 reasons to be thankful for trees this year.

Trees never stop giving. Don’t underestimate the value of trees and plants in a yard. Provide proper tree care and landscape maintenance this season and beyond, and reap the benefits for several seasons to come. 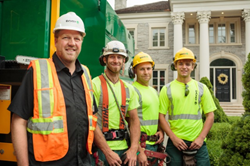 The Davey Tree Expert Company is the 15th largest employee-owned company in the U.S., according to data from the National Center for Employee Ownership (NCEO).

The NCEO’s 2015 Employee Ownership 100 list includes the nation’s largest companies that are at least 50 percent owned by an employee stock ownership plan (ESOP) or other broad-based employee ownership plan.

Davey, which employs over 8,000 people, has been employee-owned since 1979 when employees successfully bought the company from the family of its founder, John Davey. The recent list also names Davey as the largest employee-owned company in Ohio.

“Our employees have always strived to go above and beyond for the Davey Company, and that’s why we have not only survived but thrived over the years,” said Karl Warnke, Davey’s chairman, president and CEO. “For 36 years, Davey has enjoyed the kind of stable progression that an employee-owned company provides.”

The companies on the list employ approximately 668,000 people worldwide. An estimated 14.9 million people currently participate in more than 9,000 ESOPs with plan assets over $1.1 trillion in the U.S., according to the NCEO. Details on this research can be found at the NCEO’s website at http://www.nceo.org.